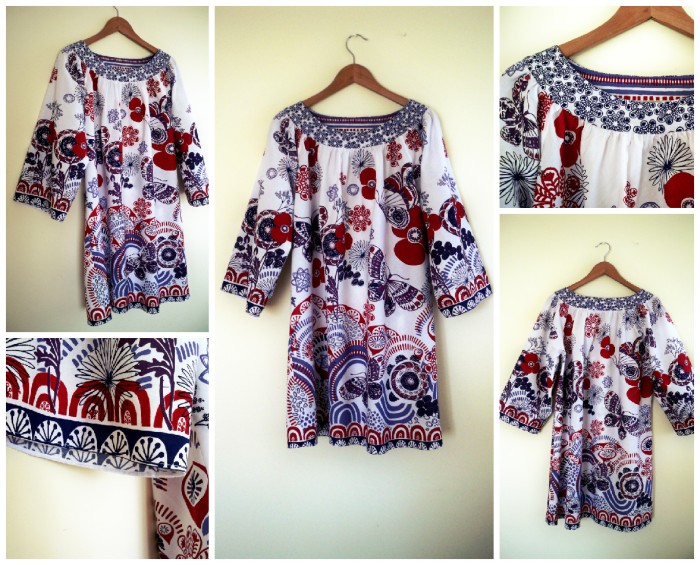 It’s Me Made May time again!

I’ve taken part for the past couple of years now. It’s one of those ideas which brings together the sewing community in a way which reaches beyond the simple sew-along; it’s a celebration. For a month you know that there are hundreds of other sewers across the world, who are also opening their wardrobes each morning and asking themselves a slightly different question to their usual one: what am I going to wear today .. that I’ve made myself? It gives a renewed sense of camaraderie amongst us, helped by the feeds on Twitter and Instagram (#MMM15), Flickr and more.

Sewing is a solitary pursuit for me; that’s one of the things I love about it, just sitting there, at my machine, or playing with patterns and fabric. But there’s something so comforting about knowing I’m part of something bigger, that there are like-minds out there who I can converse with, who share the same glee in finding THE right pattern, or who also sew to lift those mean reds.

I’ve also found that it’s a great way to point up the holes in my existing wardrobe, too. When I did it last year, I realised how cold May can end up being, no matter how glorious an April we have. And, skirts. After months of being stuck in thick tights and jeans, I NEED to get my legs out again.

I’ve pledged to wear three self-sewn items each week and, yes, maybe I’m cheating but I’m including underwear. My other two items have been my coatigan (I told you May gets cold!) and something new; my first tunic.

This has been on my to-sew list for perhaps a DECADE. No, I’m not kidding you, I can’t remember when this came into my life, but it’s been for a WHILE.

It’s a Clothkit by Gossypium, where the whole outfit is printed onto one sheet of organic cotton. Simply cut out your size, sew up the version you’ve chosen, and voila; organic, ethical and individual.

I ummed-and-aaahed before buying it, didn’t cut it out until late last year (when I got stuck half-way through – the fit under the arms was too tight), and put it aside into the black hole that is Unfinished Objects.

But, over Easter, I dug it back out. Sat with my unpicker. Gave my new rolled hem foot a whirl.

And now? I thought it might end up as a night-dress, if I’m honest; it’s all cut on the bias, and a bit voluminous on me. But actually, over a pair of skinny jeans, it’s not half bad. I feel really kinda good in it. Plus, I know it IS good; did I mention the fact it’s organic cotton?

And more than that: when I wear it this month I know I’m part of something bigger.